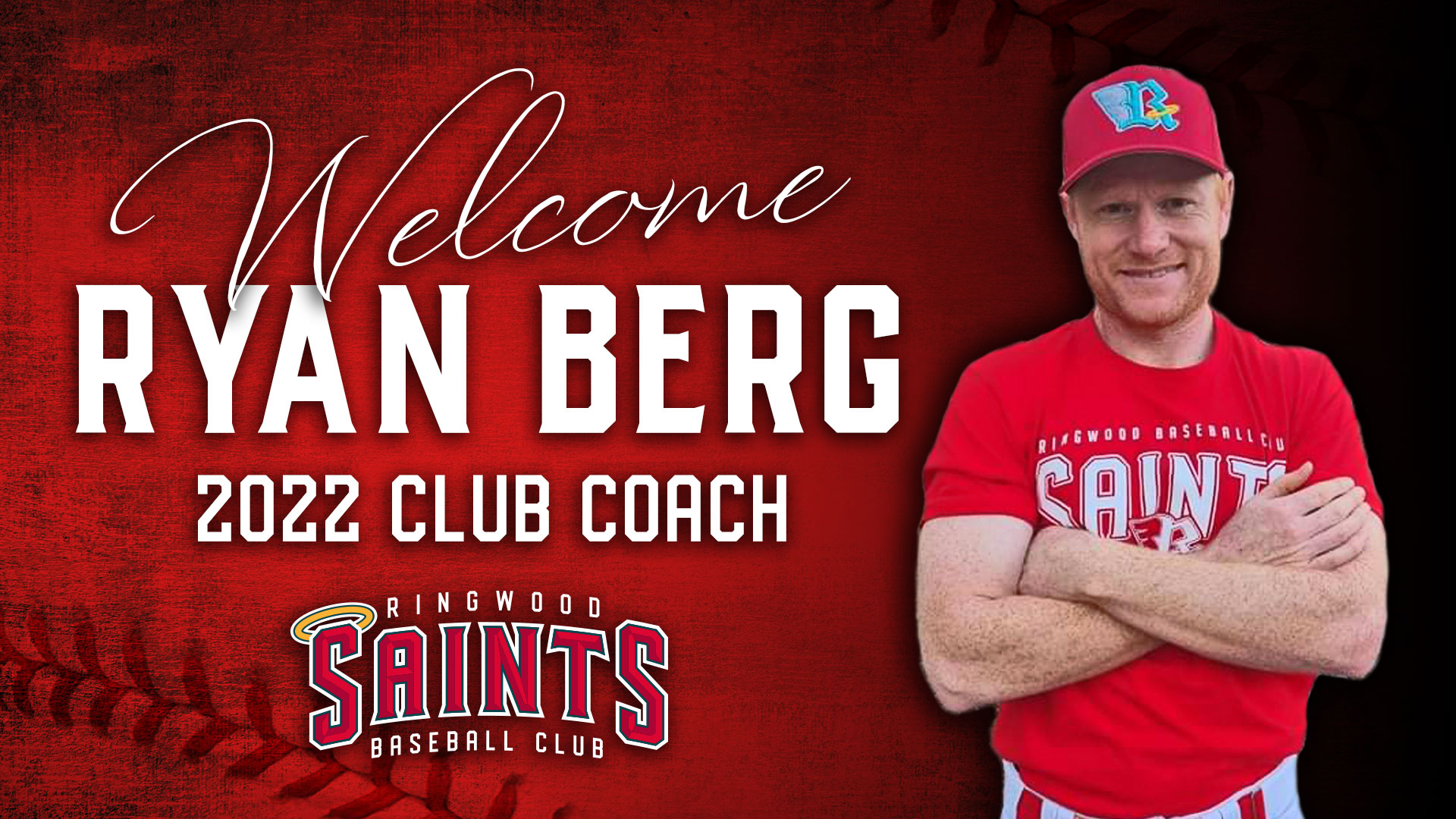 It is with much excitement that we can announce the appointment of Ryan Berg as the Club Coach for the 2022 Winter Season.

Many will know Ryan as a prominent member of the Blackburn Baseball Club where he has had a great deal of success. Ryan’s experience, not just here, but in the US College system and more recently coaching in the Czech Republic means “Bergy” brings a wealth of playing and coaching expertise (across all ages groups) into this role.

A Head of Sport at one of Melbourne’s leading private schools during the day and a casual coach at the Academy of Baseball Excellence, we know Ryan has the skill set, organisational skills and temperament to lead the next stage of the club’s on field development.

“It’s a privilege to accept the Head Coaching role at Ringwood Baseball Club and I thank the committee for the appointment. I’m learning just how much work has gone into building a strong base for success both on and off the field, which is a credit to all members of the Club. Adam Bright is a friend and one of the most respected baseball figures to come out of Australia, and I look forward to building upon what he has put in place.

I have a passion for teaching the game of baseball. I think the players will learn very early on that I’m a big believer that everyone can improve, whether their priorities are socialising and having a run around with a lower grade team, a junior who has just started playing, or a veteran playing in the Firsts.

I’ll be working to build a culture that embraces improvement, whilst making sure that we all enjoy our time as a Ringwood Saint, on and off the diamond.

Plus, I’ve had a red belt for years which I haven’t had a use for…so this move makes sense.

I’m confident in my ability to lead and I’m excited for the 2022 season. The planning has well and truly started!”
Ryan Berg