Established in 1968, the Ringwood Saints Baseball Club has committed itself to providing a safe and enjoyable environment for players of all ages, friends and family to enjoy the sport of Baseball.

Ringwood Saints is a family club with an emphasis on getting parents involved in their children’s activities. Father-son combinations are frequently seen playing on Saturday afternoons, and most of our senior players have played together since their junior playing years.

History of the Saints

The club was founded in 1968 by Fred Rogers after the commitment of travelling to Dandenong each week with a carload of baseballers became too much. Instead he decided to form a local club made up of players from the Dandenong Saints, North Ringwood Cricket Club, and Ringwood High School. At the first meeting of the proposed baseball club on 22nd February 1968, it was decided to form a baseball club under the name of Ringwood High Saints (the ‘Saints’ was retained in honour of the Dandenong Saints team, from which many of the inaugural players had played), and the club was entered into the Ringwood and District Baseball Association. Later that same year, the name was changed to Ringwood Saints Baseball Club – and it has remained that way ever since.

The club now fields six senior sides each winter, and numerous junior teams ranging in age from teeballers, right through to under 17s.

The club’s first home ground in 1968 was the Ringwood High School Oval. The second year of our existence saw the club move to Proclamation Park (our current home ground). This was meant to be a temporary move only while the council considered the club’s request to use the Mullum No.2 oval. In 1973 the club relocated to Jubilee Park oval no.2 and the Heathmont ground on Canterbury road. We moved back to Proclamation Park in 1974, where we have remained ever since. It was during this year that the council erected the existing pavilions, and the club took over their use in 1975. Currently plans are underway to extend and renovate the clubrooms. 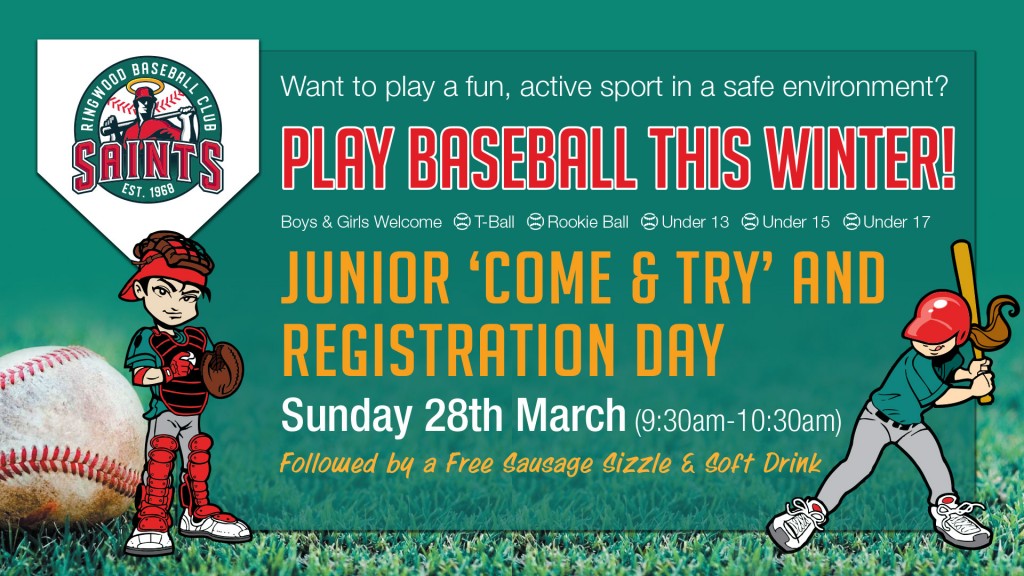