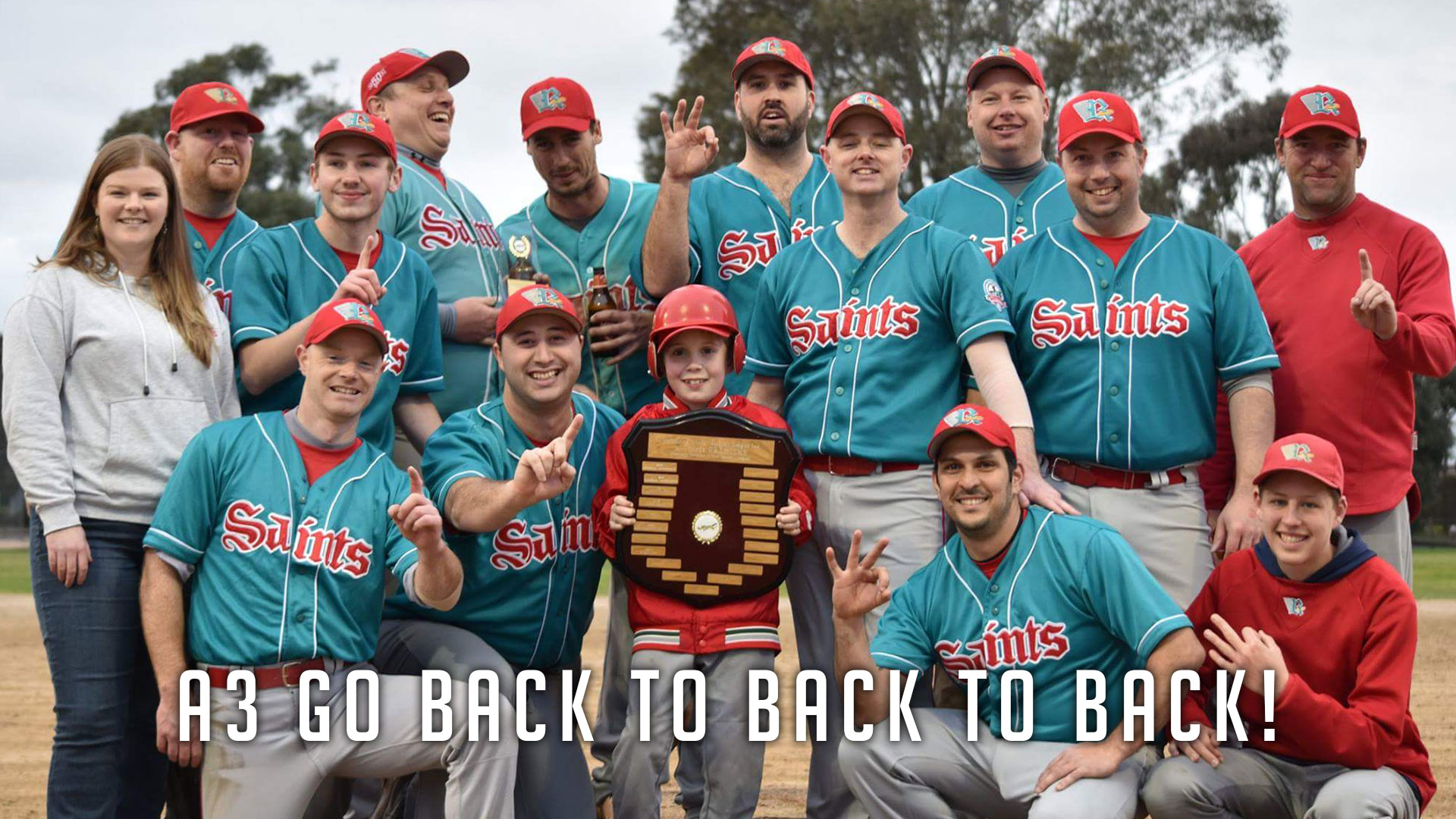 Our A3 team have completed a remarkable 3peat to cap off another great season.

Unlike the previous two seasons we had to go the ‘long’ way to get there.

Watsonia played a great game in the Semi Final and handed Ringwood our first loss (5-7) for the season. Although 6 unearned runs certainly helped Watsonia’s cause.

The boys bounced right back in the Preliminary Final with a 9-0 defeat of North Bawlyn. We all agreed that this was more like the team that finished the home and away season with 15 wins and 2 draws.

Playing against Watsonia in the Grand Final for the third year running, our boys knew we were up for a tight game.

We couldn’t have started much better, 2 runs in the top of the first inning and we were going to be hard to beat from there.

Following up from a good outing in the Prelim, Aaron again took the bump and went to work trying to keep the Watsonia line up off balance and off the base paths.

We had an number of chances to blow the game wide open, but to Watsonia’s credit they made big plays at the right times and the score remained 4-0 for most of the game.

Going into the bottom of the last and we were was 3 outs away from completing a shut out when Aaron decided to ditch the glove and attempted to field a ball with his leg. Unfortunately this turned out to be a bad move as the hitter was safe at first and Aaron had to leave the game.

Team manager Michael Legg came on to close out the game. Watsonia did manage to score the runner from first but it was too little too late, with the good Saints getting the win 4-1.

To cap of a great day Lucas Unland was also presented with the MWBL A3 Grade MVP award.

Congratulations to Leggy and the team, this is premiership number 4 in 5 years! Only another 15 or so to go to catch the ‘Old Boys’.