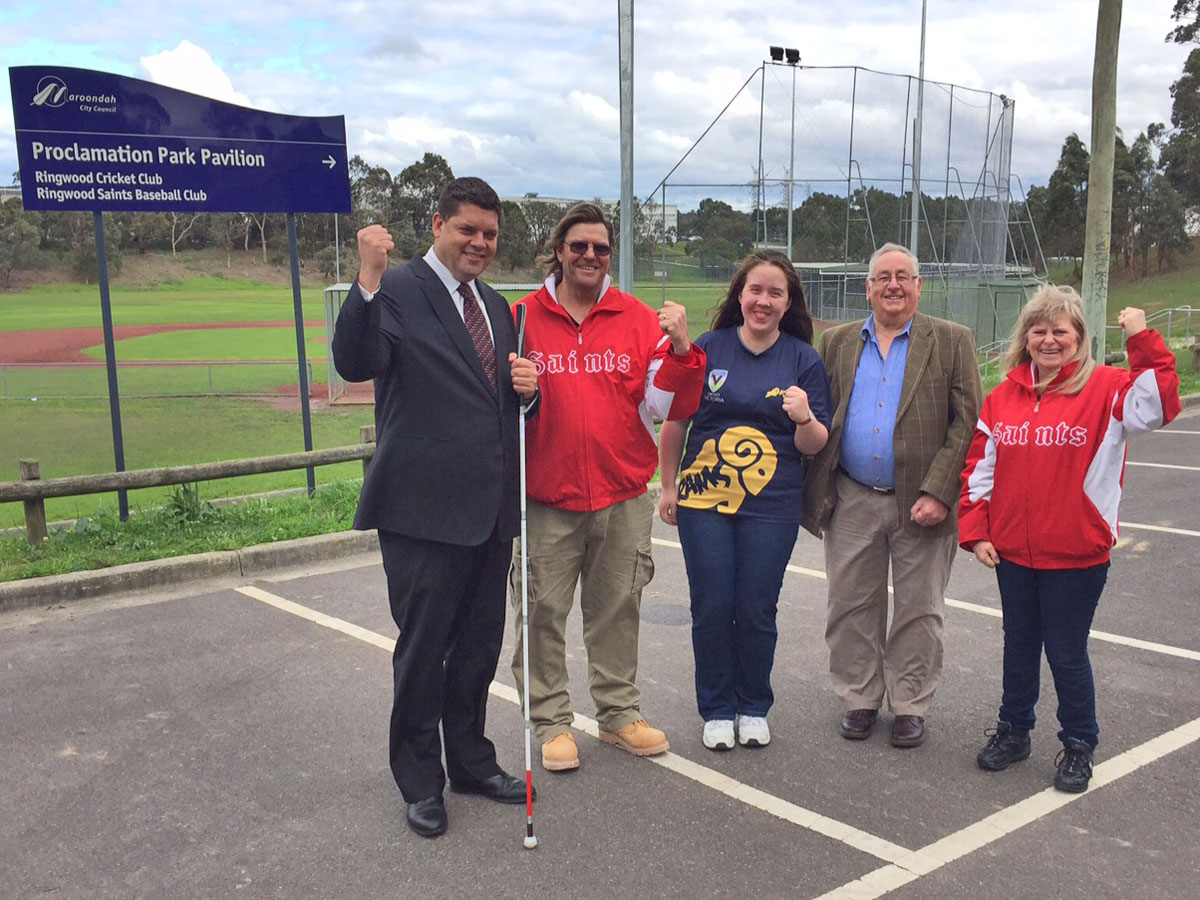 LABOR VOWS TO PITCH IN FOR NEW $2M BASEBALL FACILITY

A $2 MILLION pavilion at Ringwood’s Proclamation Park will replace outdated clubrooms if Labor is elected next month.

Deakin Labor candidate Tony Clark has promised to stump up $750,000 towards upgrades for the clubrooms used by Ringwood Saints Baseball and the Ringwood junior and women’s cricket teams.

The main facility was converted from a 1960s football club change room in past years and doesn’t have windows or privacy.

Saints president Norm Crebbin previously told Maroondah Leader (May 16) the poor facilities were embarrassing for the 250 players who used them each week.

A proposal for a $2 million pavilion adjacent to the baseball/cricket fields has previously been developed, with Maroondah Council allocating $1.2 million within its 2016-17 and 2017-18 capital works program.

Deakin Labor candidate Tony Clark said his government would chip in the rest to ensure it became a “first class location”.

“This project will create a new home for baseball in the eastern suburbs and will also ensure local sportswomen have the facilities they need,” Mr Clark said.

Mr Crebbin said it was near impossible to attract funding for the minority sport, which made the commitment all the more sweet.

He’s sure it will help the club grow to 10-plus senior teams.

“I’ve always said if you build it, they will come,” Mr Crebbin said.

Mr Crebbin urged the Liberal Government to also promise the cash, with him vowing to not give up until the pavilion was built.