Congratulations to our new Life Members 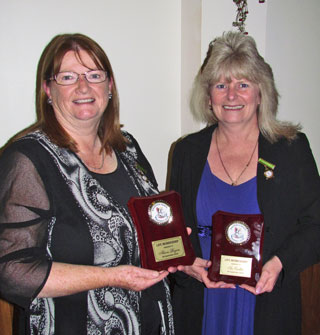 Congratulations to our new Life Members

After many years of invaluable service, Alison Rogers & Sue Crebbin were both awarded Life Membership at our recent Senior Presentation Night. 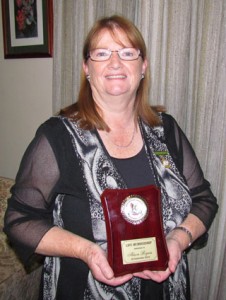 Alison has been involved with the Club for the past 39 years as a non-player. She has been a regular supporter and volunteer all of this time. When she married Peter (already playing baseball) she was immediately press-ganged into undertaking scoring duties.

During her time at the Club she has been a scorer for one or more senior teams, even when pregnant or with toddlers around her she continued to score in rain, hail or shine. Apart from a year here or there she has been scoring senior games for 37 years. When her boys commenced playing junior baseball in the 90’s she could also be found scoring junior games in the morning, followed by a senior game in the afternoon. In addition, our short 7 year stint into summer baseball again found her keeping the game scores.

But scoring baseball games was not all that Alison undertook. She also volunteered to help the Club in other ways.

From the late 70’s to the late 80’s Alison was an active volunteer assisting with social functions and fundraising for the Club. When the Club entered the VBA summer competition she again volunteered to help out by organising fundraising and social events as well as running the canteen (before and after games). When the Club started a summer in-house T-Ball competition, Alison was again involved, assisting with the management of the activity as well as providing a canteen service. In 1997/98 she was presented with the Best Clubman Award.

Alison, as a non-player, has provided the Club with 39 years of dedicated service. This dedication is now being recognised with a much-deserved Life Membership to Ringwood Saints Baseball Club. 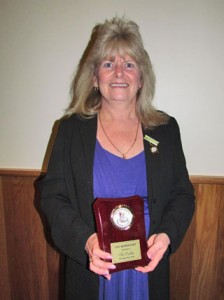 Sue first became associated with the Club in 1989 when son Shaun & daughter Natalie started T Ball, but it was not until the next year, (1990) when husband Norm started playing, that she commenced her long service to the Club.

She immediately decided someone needed to keep the score for Norm’s team so she set about learning the art of scoring. Apart from a couple of years break from scoring about 7 years ago, Sue has been scoring senior games for 21 years. In addition to this she also undertook the scoring duties for junior teams from the early 1990’s until 2000. Her days then were filled from morning until night with scoring duties, sometimes filling in for other scorers – meaning Sue sometimes scored 3 games in 1 day.

But she did not stop there. In 1996 she was awarded the best Clubman Award for her efforts in assisting (husband Norm) with the organisation and running of the Club’s junior program. She then decided to become even more active around the Club.

In 1997 she took on the role of Secretary, a position she held for 4 years. During this time she not only continued scoring seniors and juniors but became committed to social and fundraising activities. She also found time to assist Sandy Turner by stocking the canteen & serving during busy times

From 2001 she decided to cut back and continue as a senior scorer although still continuing to support the Club. But she could not stay away for long. In 2012 she again joined the Committee but this time as Treasurer (a position she has held for the last 3 years). This year also saw her working hard to either raise more funds or provide social activities.

Sue, as a non-player, has provided the Club with 25 years of dedicated service. This dedication is now being recognised with a much-deserved Life Membership to Ringwood Saints Baseball Club.