While our lower grades continue on their winning ways, A1 and A2 will need to hit the win column next week against Westgarth if they are to seriously push for a finals appearance.

Our firsts suffered another frustrating loss. After being down 0-6 and taking the lead late in game, the final score was 7-9 against Watsoina who were also looking for their first win of the year. Young Jacob Evans was a standout with 3 hits.

A2 played a 4-4 draw and along with the firsts will be looking to get into  the winners column against Westgarth next Saturday.

C1 & C2 had good wins against St. Kilda who did a great job to get their ground in a playable condition.

A comfortable 15 – 0 win over St Kilda in C Grade. Aaron Holloway was dominant on the hill only allowing 2 base runners for the game. In the box, Trent Passlow, Grant Wilkinson and Aaron smashed the ball all over the park with Trent depositing the first pitch he saw for the game over the right field fence. Stephen Perkins also had a bit of a day out. Every player got hits and played more than their part in the field.

Steve Maggs hit a ‘bomb’ in the reserves that he may have watched all the way, but I think that every player was too busy watching where it landed to care!! Declan and Mark both threw well in wet and drizzly conditions and just about everyone reached base more than once on the way to an 11-2 win.

Our ‘Old Boys’ in D2 made up for last week’s hiccup with a 16-1 victory over Monash Uni. The win puts them back on top with a healthy run difference.

Only one of our Junior teams played due to the wet weather,  with the U/13s defeating neighbours Heathmont 9-2. 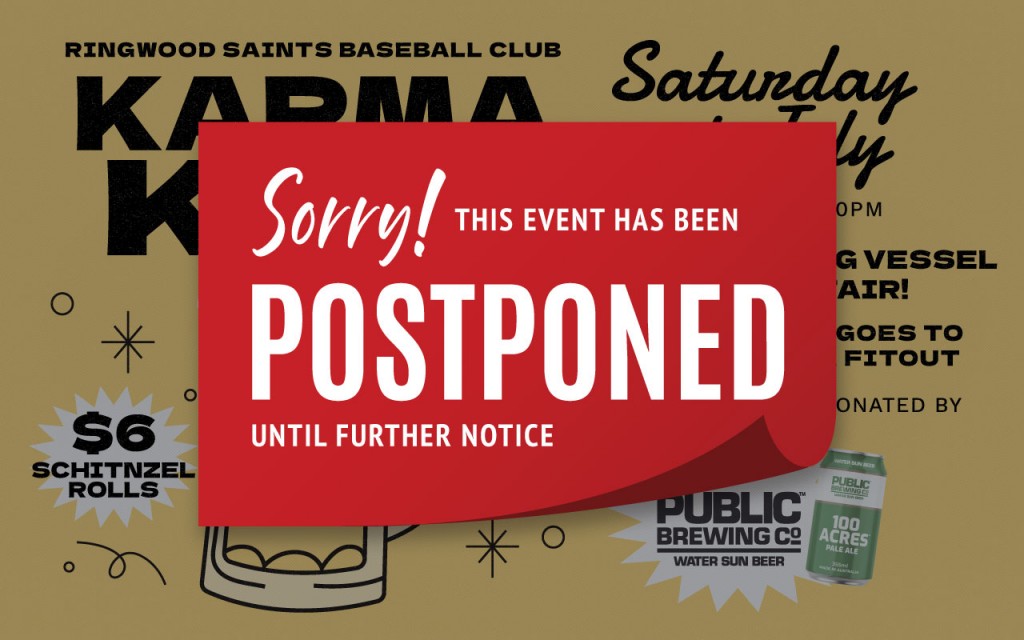 Due to ongoing covid restrictions and the uncertainty on when they will end – we have unfortunately had to postponed our Karma Keg night. As soon as we are allowed back together at the club[...]
(c) 2021 Ringwood Saints Baseball Club. Site design & maintenance: AHDesign