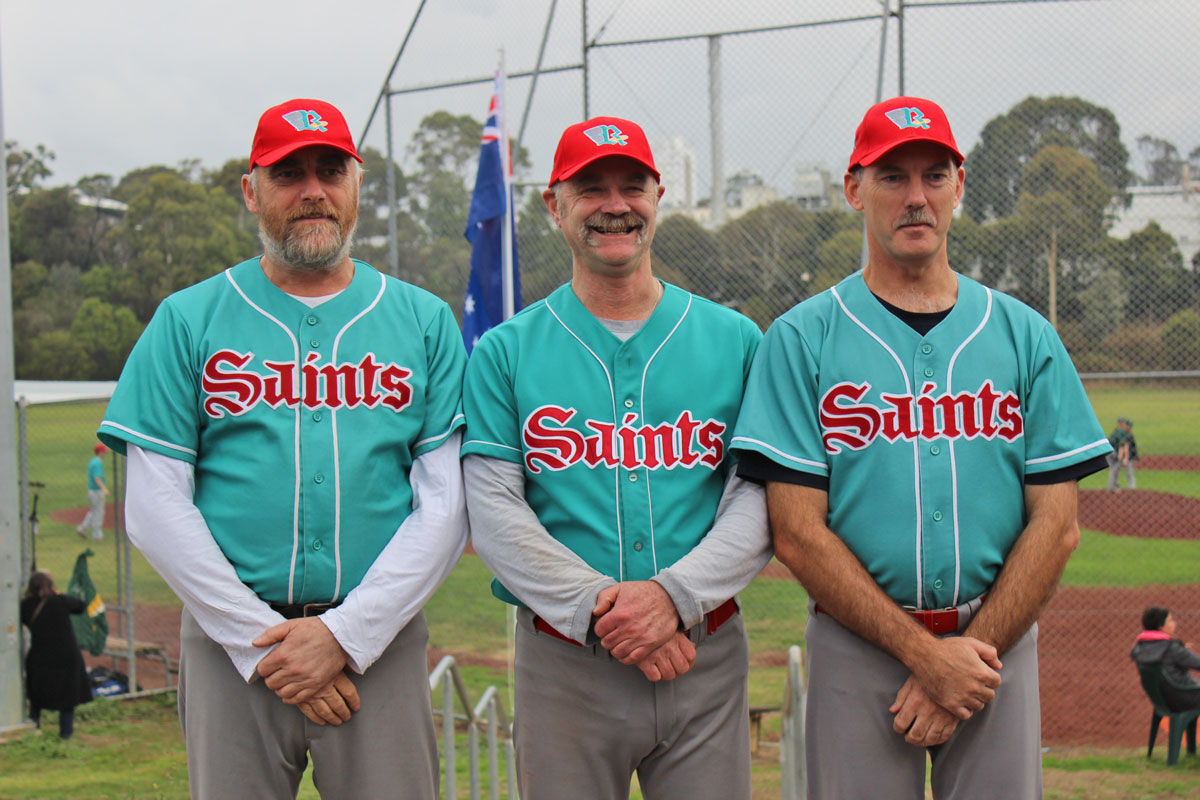 THREE Ringwood Saints baseballers notched up milestones recently – all on the same week.

Peter followed in his father’s footsteps and took up baseball at the age of 10 in 1964. Now almost 61, he said he thought baseball was the greatest game ever invented.

He has had a very long involvement with the Ringwood Saints, after his father Fred founded the club in 1968.

Peter said it didn’t matter whether you won or lost a game, so long as you could walk off the field with your head held high.

Now mostly playing at third base after surgery forced him away from catching, he said he hoped his body could hold out a few more years so he could play with his grandsons in the years to come.

His two sons also play baseball and his daughter scores. His wife has also had a long involvement with scoring.

Rod Moore, 58, said he took up baseball when he was 12. He said baseball had always been a big part of his life and that he had played most of his career at Ringwood, having also played a few seasons for Upwey.

An outfielder, he said the friendships he’d made though baseball was what kept him coming back each week.

“I used to play a lot of cricket, but baseball is not as hard on the body. It’s a nice game. I’ll keep playing as long as I can keep getting up and around.”

“The only place I don’t play is first base,” he said.

“As I keep getting older we keep going down the grades, but I’m still enjoying it.”

Paul also said the friendships were integral to his enjoyment of the game, with most of his D Reserves team mates having played together for more than 20 years.

The three players were presented with embroidered hats to mark their achievements.