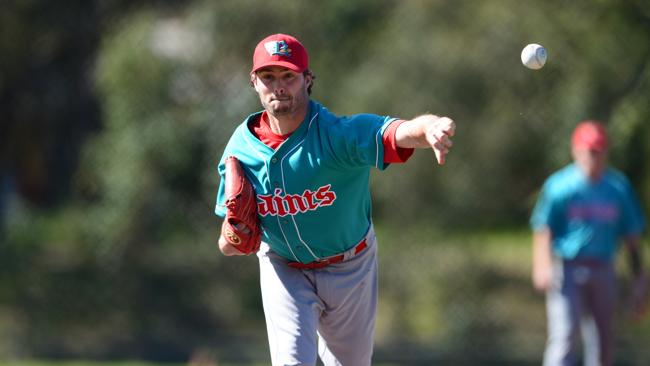 HEATHMONT Baseball Club has made it back to back Melbourne Winter Baseball League premierships with a hard fought 2 to 1 victory over Ringwood in the 2013 A grade grand final.

The neighboring rivals were one win a piece from their two encounters during the season, but Heathmont were able to find premiership winning form late in the season, which included an 11 to 1 win over Ringwood in the first week of the finals.

Played at La Trobe University in front of a huge crowd, scores were locked at nil all after two tight innings before Heathmont put two runs on the board at the bottom of the third after a Daniel Mack single.

Ringwood were able to score off a Pete Schroeders single in the fifth innings, but that was it for the game, in what was a tight pitchers dual.

Tom Kerr-Chapman started on the mound for Heathmont and put on an outstanding pitching display before being relieved by Jon Kennedy in the eighth inning when he went off injured.

“We are all homegrown Ringwood boys and we play for the uniform and we’re proud of that,” he said.

“We just couldn’t get our bats going today, that was some really classy pitching. That’s one hell of a team out there, I think they could compete in the ABL. To go toe to toe with them today, I couldn’t have predicted that,” he said.

“Six months ago, I didn’t think we’d be one of the last two teams standing, it seemed out of our reach. It hasn’t taken us 14 players to this point, it has taken us 30 and I couldn’t be more proud,” he said.