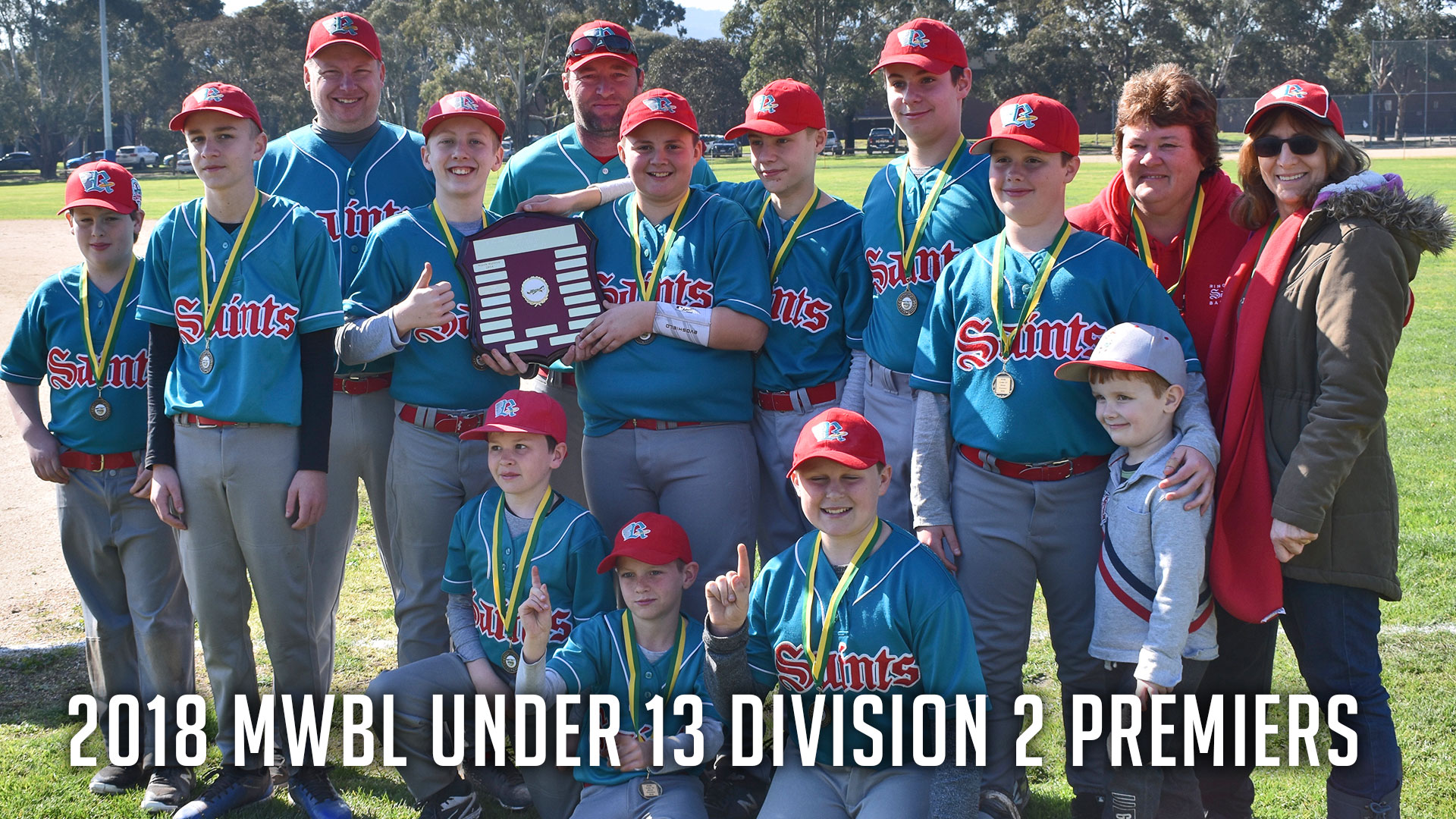 It was a big day for our Under 13’s as they played off in the grand final. It was a chilly start with the boys arriving with nervous energy, but turned into a wonderful day!

The game was tight from the first pitch, with young gun Sam Foote battling hard for us on the hill, CGS Blue started on fire scoring 1 run in the first innings. Now it was time for the Saints to respond and we did, a lead walk to Cameron Branson, and extremely smart base running saw us level the score 1 all. Before upcoming star Josh Kellock smashed a triple, unfortunately we left him stranded on base.

For the next 2 innings we remained scoreless as did CGS Blue. The bottom of the 4thit was our time to shine with lead off hitter Sam Foote smashing a ball to centrefield, young Brodie Trevean had a brilliant at bat by getting a walk! Then Ollie Hunt steps up to smash a single to centrefield scoring 2 runs (3-1) with our bottom order battling hard we managed another run by Ollie Graham to give us a 4 – 1 lead!

With Lucas Mosbey on now the hill, he struck out the lead off hitter, then a couple of nervous rushed errors crept into our game. Lucas shut down the game by striking out 2 of the next 3 hitters. Time and game, we were PREMIERS!! A great undefeated season by young stars with bright futures.

A big thank you to Michael Legg (assistant coach), Leonie Branson (EO), Janet Mosbey (scorer) and all our parents.