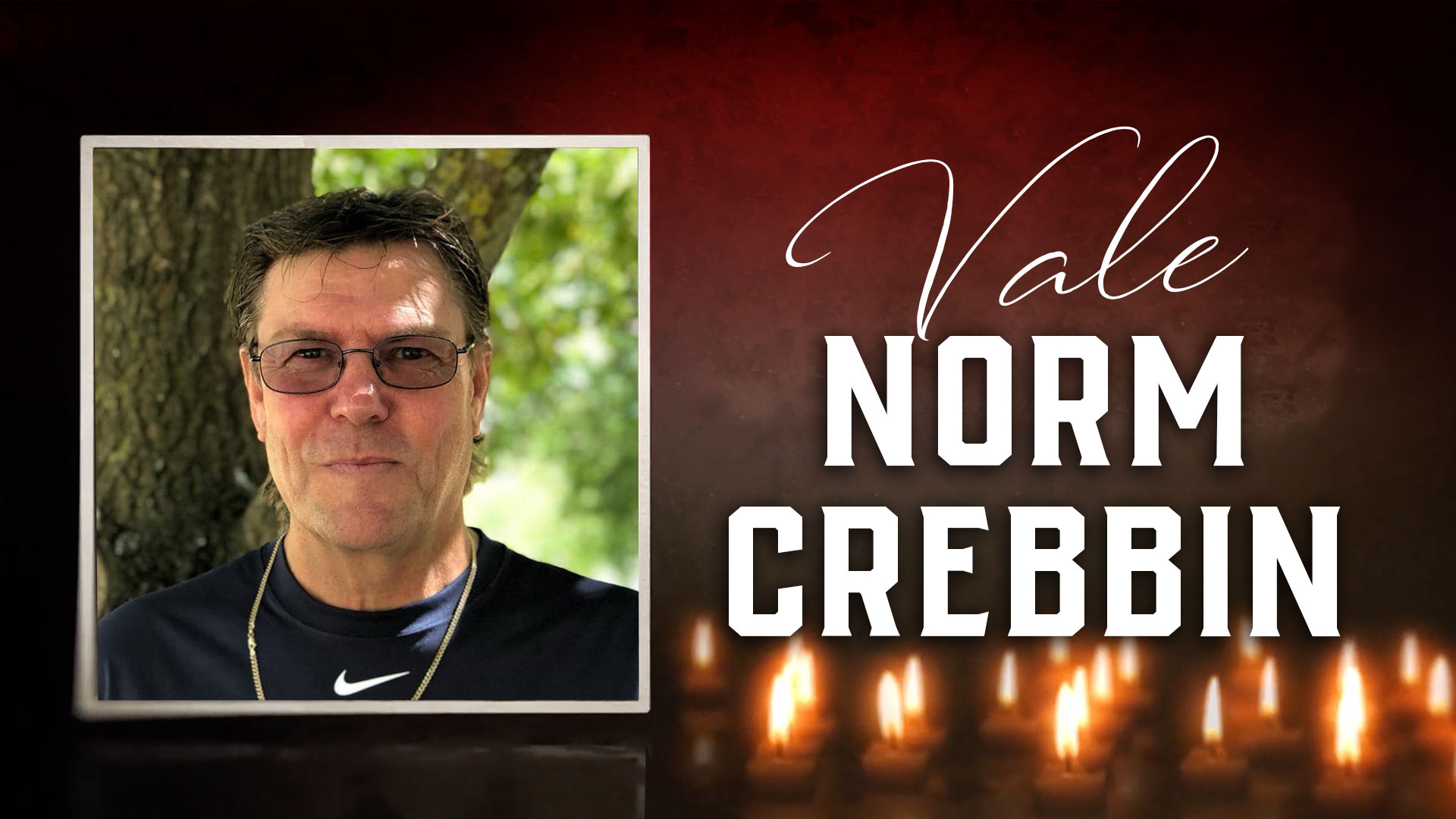 It is with the heaviest of hearts that we mourn the loss of club stalwart Norm Crebbin.

Norm joined the Club in 1990 and played 207 senior games for the Saints where he was a member of several premiership teams.

However it is his work off the diamond that Norm will be fondly remembered for. Norm was constantly involved in the running of the Club in a number of roles. He was heavily involved with junior development (T ball organiser in 1992 and 1993, Junior Team Manager 1996, and as Junior Coordinator 1997 to 2003).

In 1996 Norm, along with wife Sue, was awarded the best Clubman Award.

Over the years Norm has also been involved with organising many social functions and fund raising activities including the creation of the ‘Sinners’ Club. The Sinners have been a vital part of our club and their support and contributions have been invaluable.

Norm spent considerable time in upgrading facilities on both fields and around the Clubrooms, especially the remodelling of the canteen and bar and more recently was a major driving force behind getting the new clubrooms underway.

For his services to the club, Norm was awarded a Life Membership in 2015.

The club extends its deepest sympathy and heart-felt condolences to wife Sue, children Natalie and Shaun and the entire Crebbin family in this extremely difficult time.

Norm was an integral member of the club and will be greatly missed.